Autumn is the time when we celebrate the harvest. It is a tradition that goes back a long way to a time when a family’s survival depended on the food that had been harvested and stored to see them through the winter. 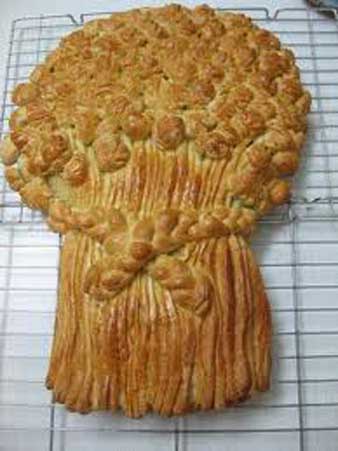 The harvest loaf in the shape of a wheat sheaf used to be made with the first flour from the newly harvested crop. Loaves like these are still a feature of harvest festival displays. 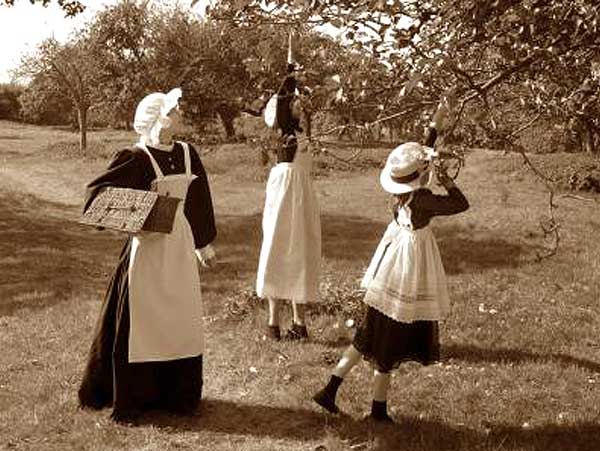 These days with so much food from all over the world in our supermarkets we barely notice the seasons pass, but autumn remains traditionally the time to celebrate the food we have and to thank the people who produce it for us.

Years ago gathering in the harvest meant long hours of hard work for everyone. Even the children stayed home from school to help. 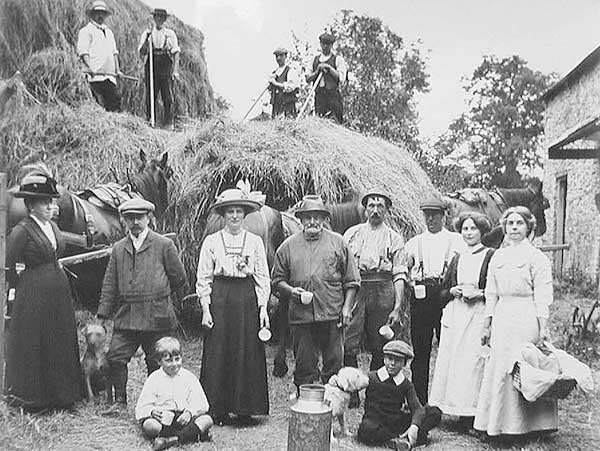 When the last of the grain had been harvested, the farmer would invite everyone to a feast to celebrate. Nowadays harvest suppers are still a feature of rural life, an occasion for the local community to get together. 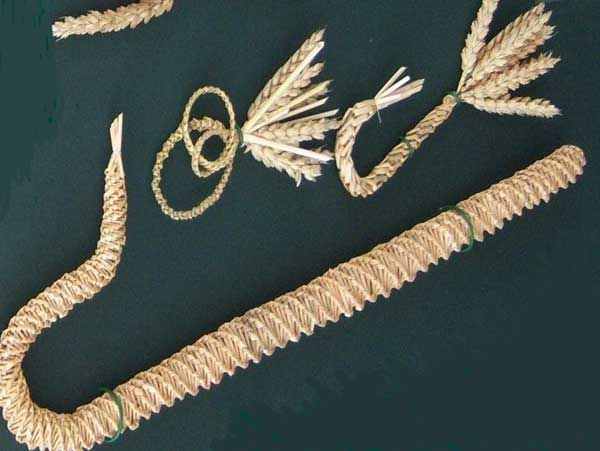 Traditionally the last sheaf of the corn harvest was woven into a ‘corn dolly’ which was hung up in the farmhouse to ensure a good harvest the following year. Corn dollies have become symbols of good luck, friendship and good fortune.

The first thanksgiving church service to celebrate harvest was held in Cornwall in 1843. The Reverend Robert Hawker introduced the service in his North Cornwall parish of Morwenstow. 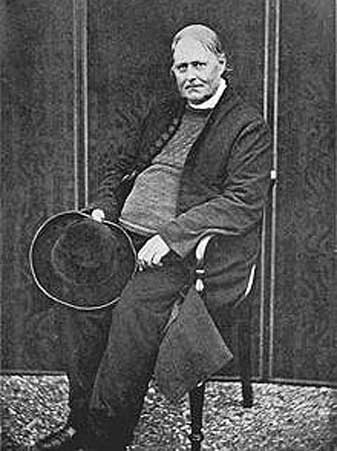 This idea became popular and led to the widespread custom of decorating churches with home-grown produce at this time. 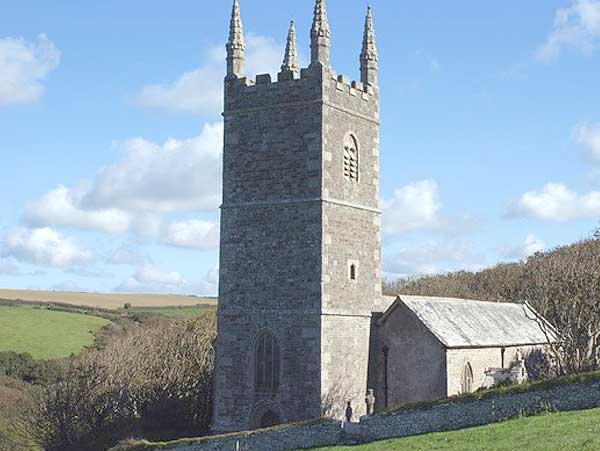 Chickens are reared for meat or to produce eggs. There are more chickens in the world than any other bird. In 2003 there were more than 24 billion. Most of the chicken farms in Cornwall are producing eggs. You can find eggs produced on Cornish farms on sale in local shops, farmshops and farmers’ markets. 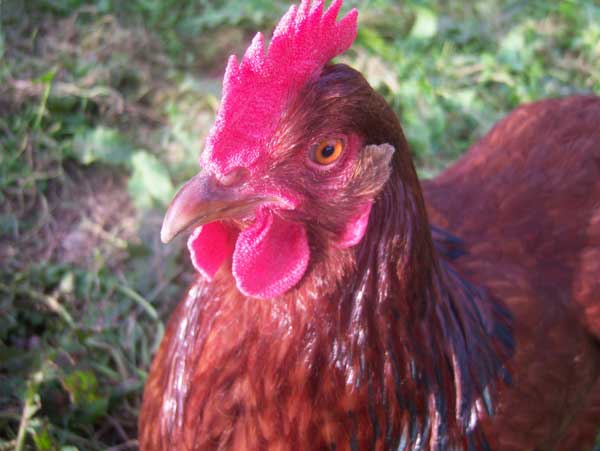 On farms producing eggs, the birds may be kept in cages. These are called battery cages. They are provided with all the food and water that they need but their movement is very restricted.

Barn-reared birds are kept in big sheds and can move about to eat, drink and perch but do not go outside.

Free-range birds are housed in sheds where they lay their eggs and can go outside to roam and peck at the grass in the daytime. Electric fencing protects the birds from predators like foxes. 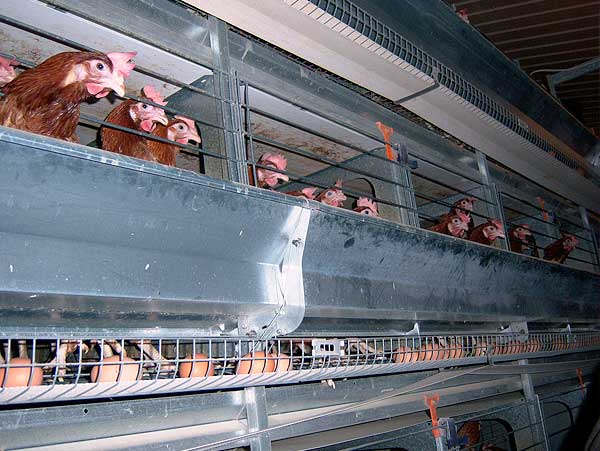 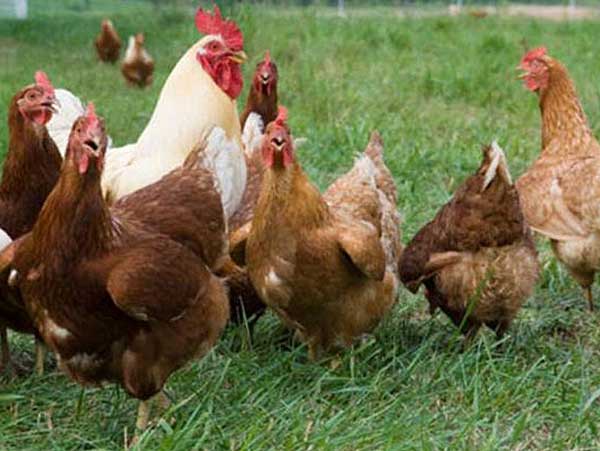 However they are produced, all eggs must be graded, checked and packed before they leave the farm. A grading machine sorts the eggs by weight into ‘small’, ‘medium’ or ‘large’, while the machine’s operator checks for cracks in the shells.

Eggs are boxed in sixes or by the dozen for sale in the shops. The label on the box should tell you where the eggs were produced and how the chickens that produced them are kept. 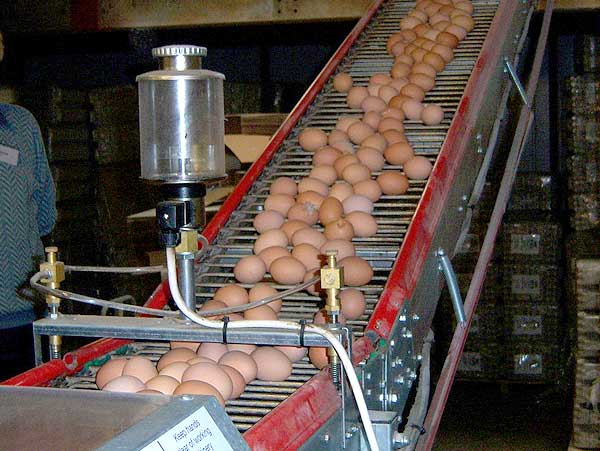 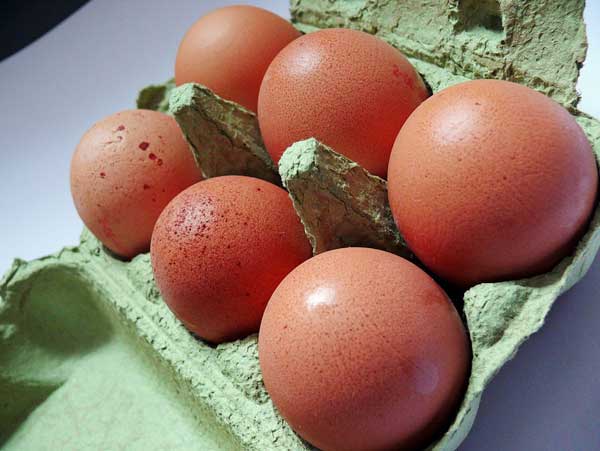 In Cornwall there are only a few large pig farms keeping more than 500 pigs. On the Cornish farms that keep small herds the pigs are mostly ‘outdoor-reared’, which means the sows live out in fields and the young pigs are reared outside for the first part of their lives. 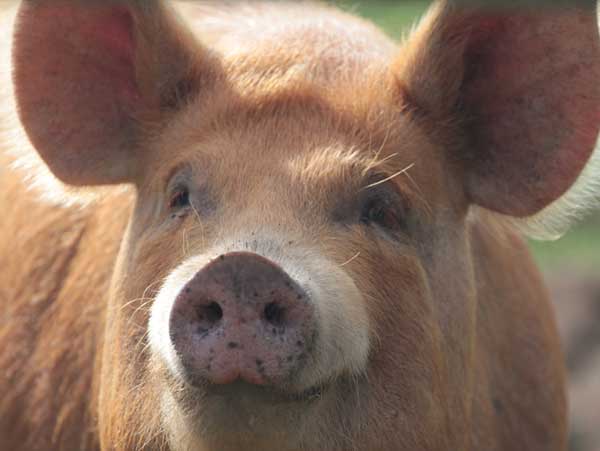 Pigs are reared to produce pork and bacon.  To produce meat quickly, they are fed on a cereal-based diet. Pig farming on a large scale tends to be concentrated in areas of the country better suited to growing cereal crops than Cornwall, like Yorkshire and Lincolnshire. 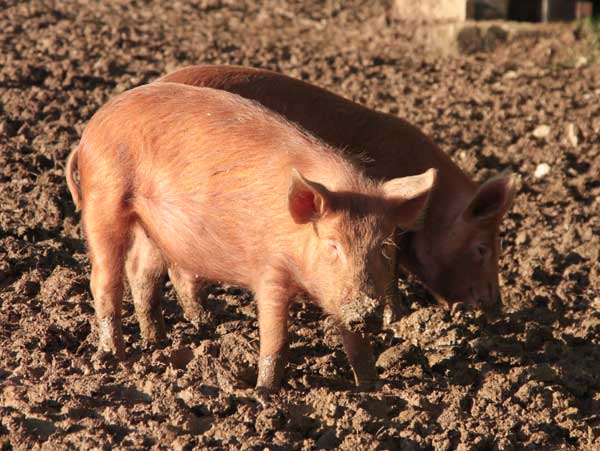 Rearing pigs out of doors is a good way to improve land. The natural behaviour of pigs, rooting around, turning over the soil and adding manure to it, increases the fertility of the soil for future crops. 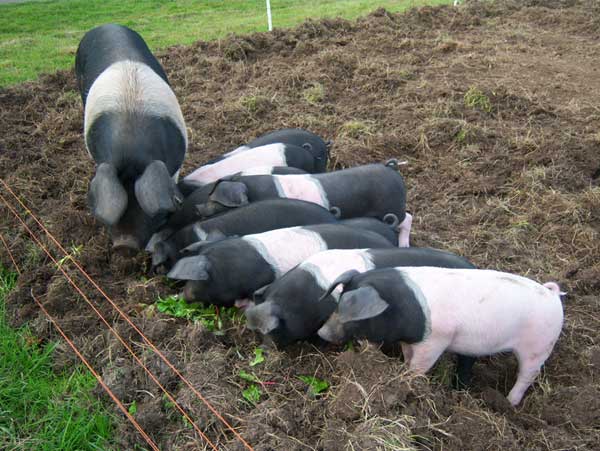 Pig arks, small weatherproof shelters, give a sow and her litter a warm dry place to sleep and protection from the sun when the weather is hot. Pigs can get sunburnt. 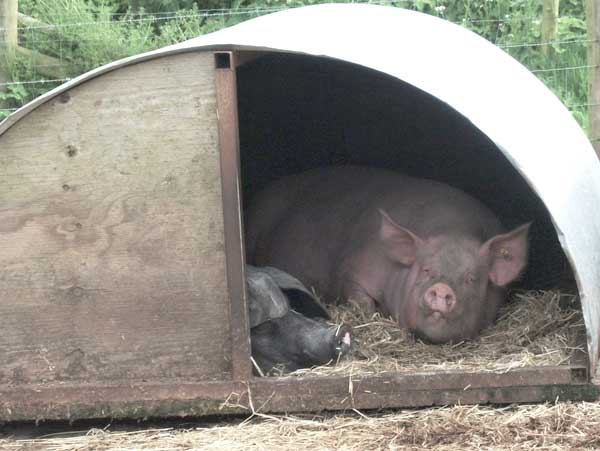 A sow may have as many as fourteen piglets at one time. They feed on her milk until they are weaned at four weeks old. 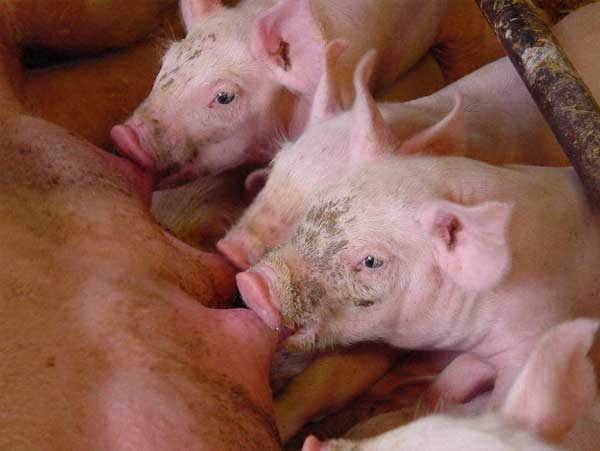 After weaning the young pigs are brought indoors to be fattened. They are housed in groups on straw bedding or slatted floors. Pigs are inquisitive and intelligent animals, and they love playing and rooting around in the straw. 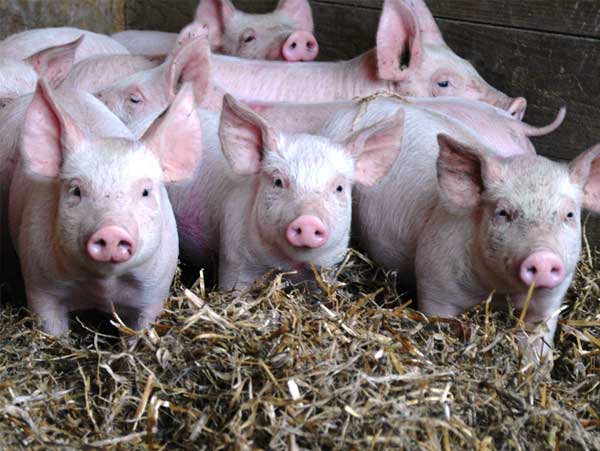 Young pigs grow rapidly, achieving a weight of over 60kg by 15 weeks of age. The pigs reared for bacon are sent for slaughter at about six months when they weigh about 100kg.